Home Science What did the Soviets photograph on Venus from the Venera 13 mission? 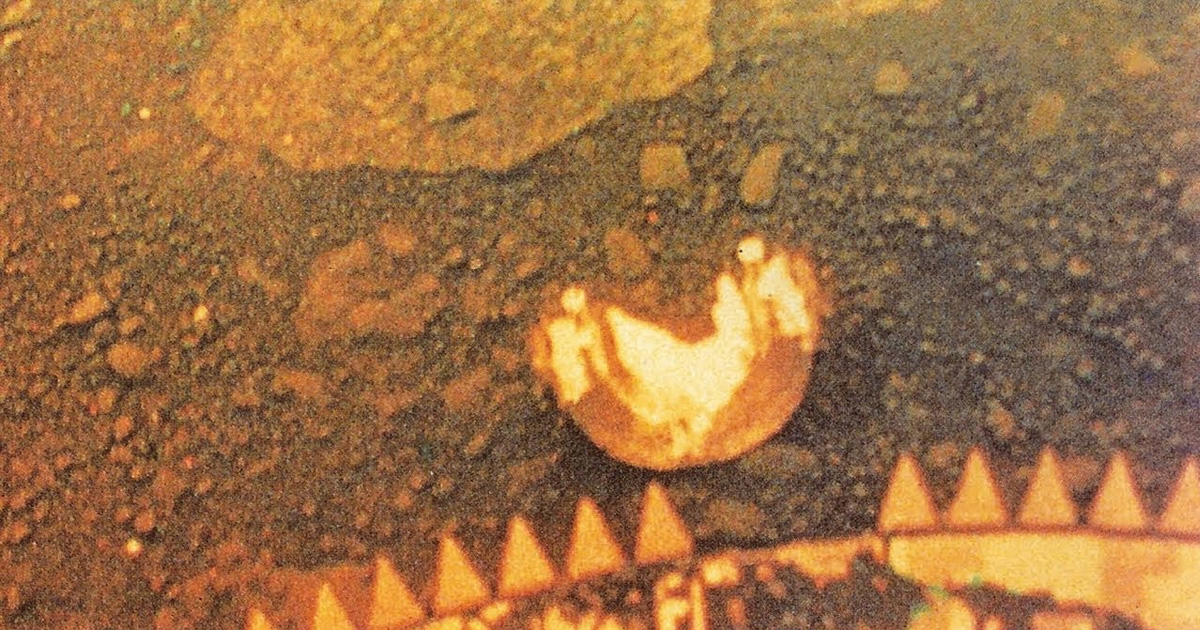 On July 20, 1969, the United States won the space race. America had put two astronauts on the moon, secured the ultimate high ground, and put an end to decades of back and forth victories won by American and Soviet scientists.

While many Americans saw the space race as a matter of national honor and prestige, many involved in the race for each nation’s government knew the truth: the space race was an extension of the Cold War in every appreciable way, and there was far more at stake than simply bragging rights.

Perhaps it’s because of this struggle for space supremacy, or what felt like the very real possibility that the Soviets might win it, that makes American audiences tend to gloss over the incredible achievements of the Soviet space program.

It certainly makes sense not to celebrate the victories of your opponent, but in the grand scheme of things, many of the incredible feats put on display in both Russian and American space programs were victories for the human race, even if the politics of the day made it impossible to appreciate such a concept.There may be no better example of this idea than the Soviet Venera program that took place between 1961 and 1984. The Soviets’ Mars

efforts may have been marred in failure, but many Americans may be surprised to learn that they actually had a great deal of success in sending orbiters and even landers to Venus. 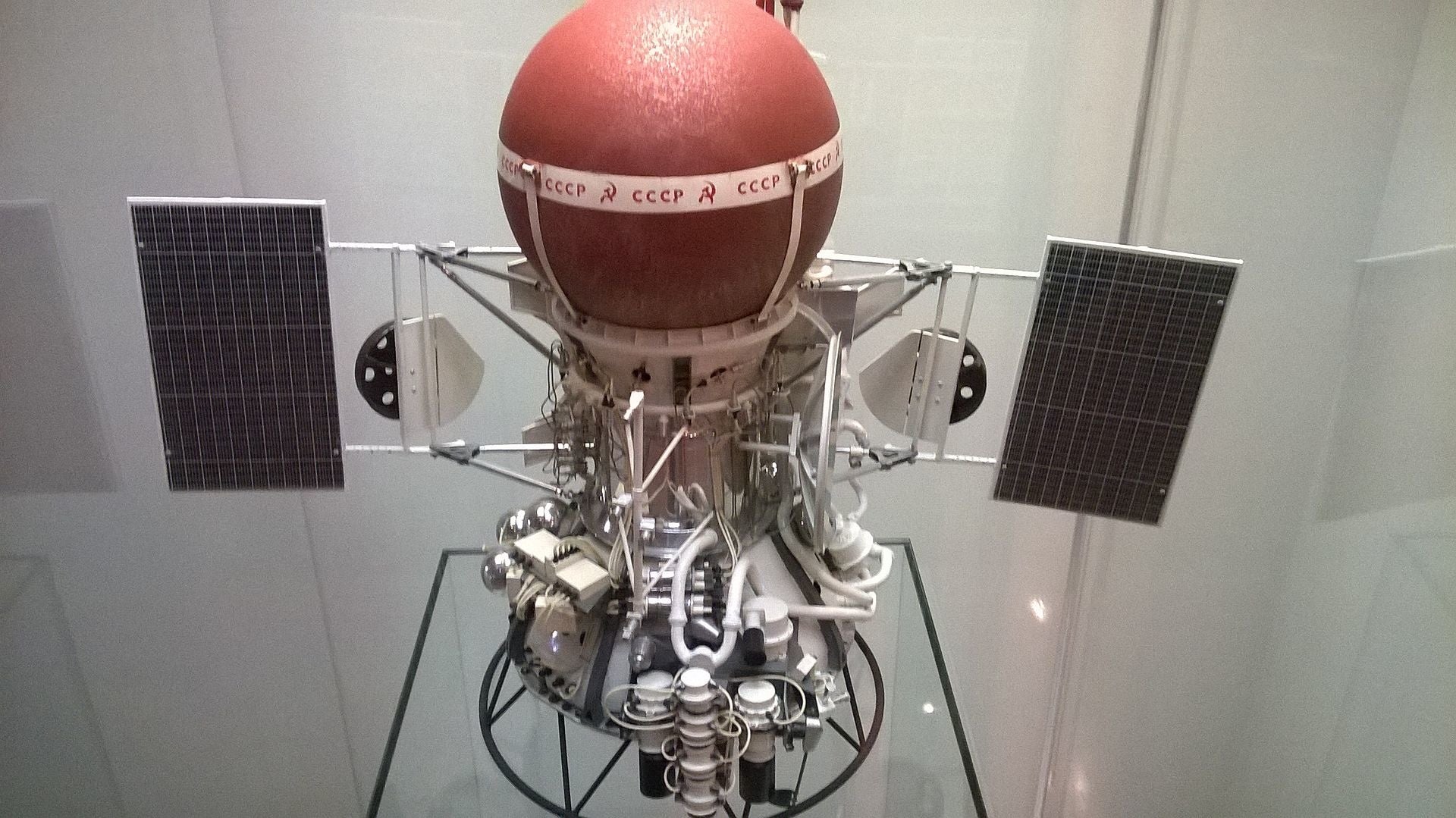 This might be one of the toughest little space robots you’ve ever seen. (Venera 10 courtesy of WikiMedia Commons)

Over the span of just over two decades, the Soviets managed to put thirteen probes in orbit around Venus, with ten hardened devices reaching the planet’s hell-like surface to send back scientific data and even images of the planet.

Because of the Soviet practice of keeping their space-endeavors a secret until it was politically beneficial to announce them, very little was known about these missions for decades, and it seems that much of the data acquired by these landers was lost during the fall of the Soviet Union in the early 1990s, but some treasures did manage to survive.

Color photos of the Venusian surface taken by Venera 13, for instance, offer us a rare glimpse of what it’s like on the surface of a world many of us may have never thought we’d get to see.

Unlike the arid and cold environment of Mars that allows for the extended use of landers and rovers, Venus’ harsh environment made the long-term survival of any equipment utterly impossible. Instead, Soviet scientists hardened their landing platforms using the best technology available to them with a singular goal: they only had to last long enough to gather some data, snap some pictures, and transmit it all back to earth.

If a lander could do that before the extreme atmospheric pressures and temperatures as high as eight hundred and seventy degrees Fahrenheit destroyed it, it was deemed a success.

It took Venera 13 four months to reach the surface of Venus, but once there, it survived for only around 120 minutes. During that time, it sent back fourteen color photos, eight more in black and white, and it drilled for a few soil samples which it analyzed internally.

A duplicate lander, the Venera 14, was launched five days later and also managed to reach the surface, but survived only about an hour before succumbing the extreme environment. 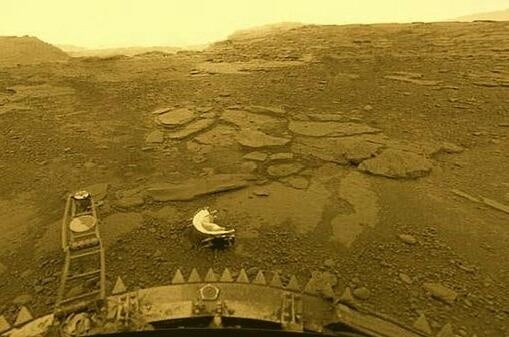 Pictures from the world’s forgotten Venus landers
Venera 13 lasted around 2 hours on the surface of Venus before the heat and pressure destroyed it. (Roscosmos)

While other Venera landers reached Venus, no others were able to transmit back color photographs of the environment. A number of them did. however, transmit back black and white images.

The pictures we have of the surface of Venus taken by the Soviet Venera program may not offer the same sweeping panoramic views we’ve grown accustomed to seeing from NASA’s Martian efforts, but they do offer an almost uncanny glimpse into a world that, upon getting a good look, doesn’t appear as alien as we may have expected.

In a strange way, seeing Venus makes it feel that much closer, and although these images were captured by the Soviet Union during an era of extreme tension and a world on the verge of conflict, from our vantage point firmly in the future, it’s hard not to appreciate the incredible accomplishment these photos truly represent.

Besides, we did end up winning the space race, after all.