Home Science The Mystery Of The Vampire Skeletons Buried In Ireland 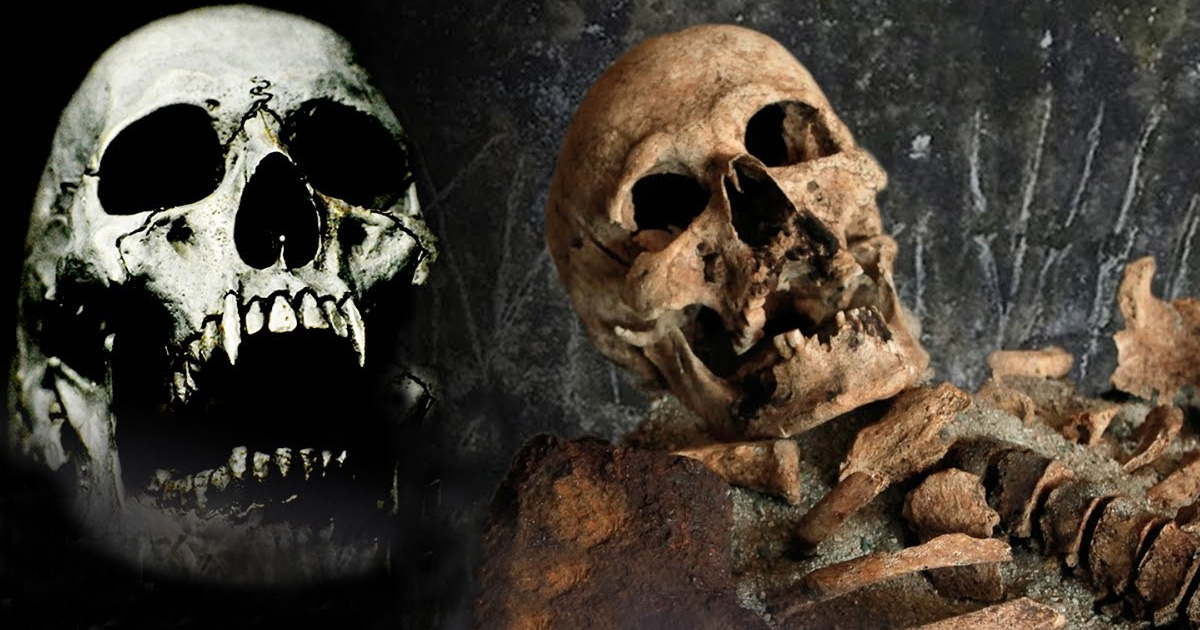 Archaeologists have made a gruesome discovery that could be straight out of a horror movie.

A number of 8th Century human skeletons have been found with large stones stuck in their mouths – something researchers believe locals did to stop the dead from returning to walk the Earth as zombies.

The research started more than six years ago in what was supposed to be a survey of medieval churches in County Roscommon, Ireland.

He said that two male skeletons, one aged between 40 and 60 and the other a young adult probably in his twenties, had been found among hundreds of other remains.

‘One of them was lying with his head looking straight up. A large black stone had been deliberately thrust into his mouth.

‘The other had his head turned to the side and had an even larger stone wedged quite violently into his mouth so that his jaws were almost dislocated,’ he told Discovery News.

The two men were lying side by side and discovered together.

The team first thought they had stumbled across a Black Death burial ground when remains of people buried at the end of the Middle Ages had stones stuck in their mouths because they were involved in vampire slaying rituals.

LIVING IN FEAR OF THE LIVING DEAD
The belief that zombies can return from the grave as living dead has its roots in Haitian culture, where it is linked to voodoo magic and witchcraft.

The superstition is so strong on the Caribbean island that relatives of the dead will dismember a corpse so that it cannot return as a zombie. Others will stand guard over a grave to protect the body until decomposition has set in.

According to believers, a zombie will rise up from its grave in a hypnotic trance, capable of responding to stimuli but lacking self-awareness.

In 2009, the remains of a 60-year-old woman with a rock thrust in her mouth were discovered in a mass grave from the 1500s on the Venetian island of Lazzaretto Nuovo.

But vampire culture did not evolve until the 16th Century and therefore does not explain why stones were found in skeletons dating from the eighth century.

‘In this case, the stones in the mouth might have acted as a barrier to stop revenants from coming back from their graves,’ Dr Read said.

The skeleton of a ‘ vampire ‘ buried in the 16th century h as been unveiled as a museum exhibition.

A collection of bones were discovered two years ago in northern Poland that had the tell-tale markings of a vampire burial ritual. Experts determined they were the remains of a man after the finding in an ancient cemetery in the town of Kamien Pomorski.

Now, they have been unveiled as the main attraction at the Kamien Museum of Land History, as organisers are preparing an exclusive exhibit just for the vampire. The body was found with a stake driven through its leg and a small rock in its mouth.

Vampire ‘experts’ said the stone had been put in the body’s mouth to stop it from biting or sucking blood from its victims. And the pierced tibia and femur – normally with iron spikes – was done to prevent the vampire from climbing out of its grave.