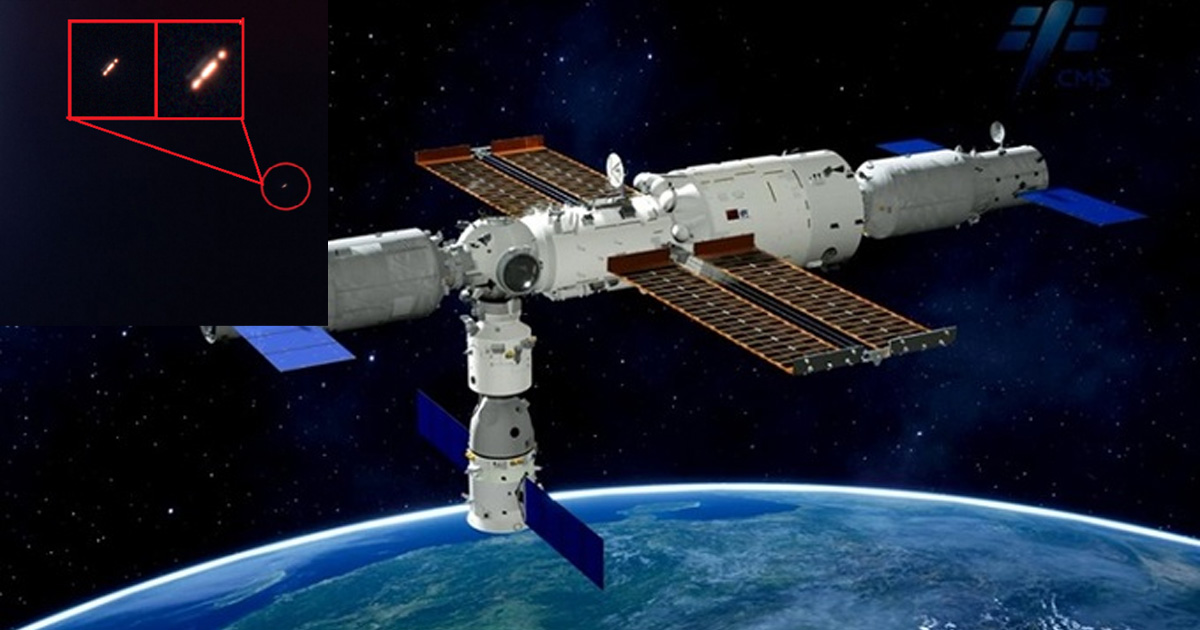 The International Space Station is in danger for the second time in a week.
Earlier this week, astronauts aboard the spacecraft were forced to take refuge in docked ships in case of trouble – collisions with space debris. Today, it happened again. The US Space Command reported that a spacecraft has collapsed in low-Earth orbit. A cloud of fragments has formed, which can potentially threaten other satellites including the ISS.

Debris in Earth’s orbit
According to various estimates, there are over 13 thousand objects, the size of which exceeds 20-30 cm, moving chaotically in space in our planet’s orbit. Of these, only about seven percent are spacecraft. Everything else is a giant dump, scattered in orbits: “dead” satellites, fragments of structures, elements that accompany the launching of vehicles, or such that formed during their destruction.

According to analysts, the most littered area is the low-orbit area of ​​near-earth space up to two thousand kilometers high. Namely, it is most often used to operate spacecraft. More than three thousand operating satellites are now working there, and their unpleasant “company” is made up of about 14 thousand “garbage” objects more than ten centimeters in size.

According to experts, the most clogged section is from 300-400 km – just where the International Space Station flies. Actually, the ISS had to evade space debris more than 25 times during its existence.

Chinese and Indian anti-satellite missile tests
In recent years, India and China have carried out full-scale tests of anti-satellite missiles. The Chinese military shot down their own inoperative Fengyun-1C weather satellite in 2007. This led to the formation of about 3.4 thousand fragments, one of which damaged the Russian microsatellite “Blitz” in 2013.

India also tested an anti-satellite missile in March 2019. With its help, the Microsat-R satellite was shot down – a small device weighing about 700 kilograms. As a result, a cloud of more than 100 debris more than 10 centimeters in size was formed, which dispersed in orbits with an altitude of 200 to 1600 kilometers.

Code Red on the ISS
Last week, debris from the same explosion, caused by the Chinese in 2007, passed dangerously close to the International Space Station. A fragment of the Chinese meteorological satellite Fengyun-1C was supposed to fly about 600 meters from the ISS. To avoid a collision, the station’s orbit was raised to 1200 meters. Space debris flew past the ISS three times.

New week – new dangers
The US Space Command released a statement that reported a “debris-generating event in outer space” – a spacecraft collapsed in low-Earth orbit. A representative of the State Department, in turn, added that more than 1.5 thousand large pieces of debris and hundreds of thousands of smaller ones that cannot be tracked have appeared in orbit.

The US State Department said the wreckage came from Russia’s testing of anti-satellite weapons. American media and space bloggers, citing sources, report that as a result of the tests, the Soviet spacecraft “Kosmos-1408”, which was in orbit at an altitude of 450-500 kilometers, was shot down. There have been no comments from the Russian authorities yet.

British analyst firm Seradata claims that an anti-satellite missile was launched from Plesetsk at 06:30 GMT and hit Kosmos a few minutes later. At the moment, according to her information, 14 Kosmos wrecks are already being tracked, but the data on the Space-Track website has not been updated, and there is no information about the wreckage there.