Only 15 years ago scientists dreamed of a future in which new technologies would enable us to peer through tree canopies and see beneath the ground in our search for ancient lost cities, temples, and territorial boundary walls. And then LIDAR technology arrived and suddenly their dreams came true! On August 3, 2020, an ancient shipwreck off the island of Alonnisos, Greece, whose secrets have until now been hidden from underwater visitors, will open to the public for the first time thanks to remotely operated underwater AI robots . These underwater AI robots are changing archaeology in ways never imagined before.

Forks Were Once Seen as Blasphemous and Effeminate

A Ship Surrounded and Protected By Underwater AI Robots

There is perhaps no job so dangerous as deep-sea diving , especially when archaeology and ancient shipwrecks are concerned. One wrong move by a member of a dive team can not only endanger the lives of a dive team, but thousands of years of history can be collapsed and washed away in the next outgoing tide. This means access to underwater archaeology is highly restricted in Greece, and in other countries. However, when it comes to the shipwreck off the tiny island of Alonnisos, authorities have now permitted recreational diving thanks to state-of-the-art protection provided by underwater AI robots. 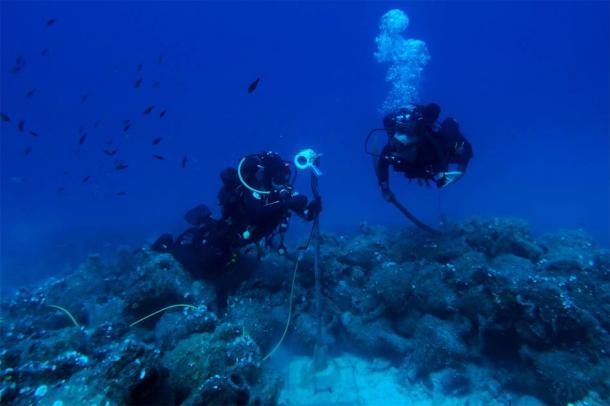 Divers at one of the underwater AI robot locations with countless amphorae on the sea floor.

The now robot-protected, late 5th-century BC wooden vessel sank off an outcrop off the Aegean island of Alonnisos. It contains thousands of clay amphorae jugs that had been used for trade and commerce across the ancient Mediterranean. Now, a series of underwater cameras monitor the ship 24/7, and image recognition software immediately alerts archaeologists if the wreck is even in danger of being disturbed.

In a Jakarta Post article George Papalambrou, an assistant professor of power propulsion at the National Technical University of Athens , said the new technology tries to resemble how the human optical system, our eyes, “are able to determine an object which passes in front of us”, he said. And speaking of the archaeological site he said, “They call it the Acropolis of sea wrecks”, adding that he and his team were lucky “to start with one of the most beautiful ancient wrecks in the world.” 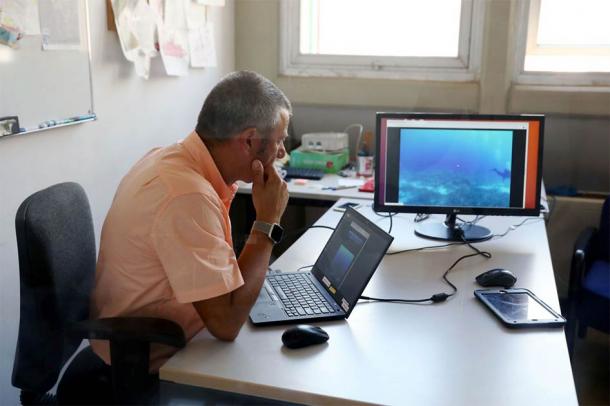 Papalambrou, who works at the university’s School of Naval Architecture and Marine Engineering, described the custom-made monitoring system as being driven by solar power with ‘recognition software and luminosity-triggered lens wipers to unclog debris’. The archaeologists also said this new system could be deployed as a model for divers surveying other underwater sites. This idea was proposed by Dimitris Kourkoumelis, an underwater archaeologist at Greece’s Ephorate of Underwater Antiquities, who said this pilot project “could make more sites accessible”, opening up a new dimension of underwater archaeology and museums.

This Wreck is a Monument to Ancient Greek Culture

International trade greatly influenced ancient Greek society . In addition to importing trade goods from distant foreign kingdoms, including wheat, barley, cheese, pork, ivory and glass, they also exported their own products to those same foreign powers, including olives oil and wine. The easiest way to get to those cultures was sailing across the Mediterranean Sea and the Greeks became excellent sailors, maintaining their complex trade networks with people all across Egypt, Carthage, Ethiopia, and the Arabian Peninsula as early as the 6th century BC. 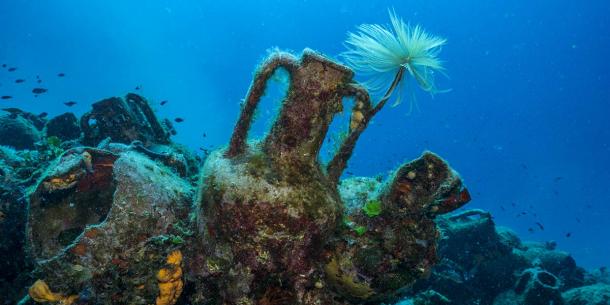 Kourkoumelis stated that this ship’s 3,000-3,500 amphorae may have been transporting wine from Greece. He said this is the first time on a pan-European level that such a shipwreck “so large with so many objects, is opening to the public and divers.” And while Kourkoumelis said he had dived at many sites this was the first time he “felt so emotional.”

What makes this particular wreck so special is that it offers insights into commerce in the golden age of Athenian culture. Ships of this era transported food and wine. However, these ancient Greek trading vessels also carried many people across the Mediterranean region spreading new ideas, religious beliefs, new technologies, and paradigm-changing philosophies. And in this way, this now underwater-AI-robot protected wreck is also a national monument to the greater achievements of ancient Greek culture.

Archeology September 25, 2022 • 0 Comment
Over the last few months as the world was slowly shutdown with the prevailing pandemic, a team of archaeological and…

2300-year-old Anchor Devoted to Goddess of Love Hauled Up

Archeology September 25, 2022 • 0 Comment
Marine archaeologists have made many important ancient discoveries in the Mediterranean and now an Italian team have uncovered an anchor at the…

Archeology September 25, 2022 • 0 Comment
Scientists in Sweden have completed a multidisciplinary genetic and archaeological study that provides clarity to the mysterious cross-cultural influences found…

Archeology September 25, 2022 • 0 Comment
In India, local people have discovered an old temple that had been buried beneath river sand for 80 years. The Hindhu temple is…